In Roman Times, it was very common to bestow lands on the most faithful and valiant legionaries, in order to establish Roman rules and civilization in the conquered territories.
The ancient name “Ager Bebianus” refers to the name of the Roman Family “Bebii”, which became one of the most important families in Reggio Emilia throughout time.

They were named “Counts”, led the Guelph party of the city and moved the centre of their interests to the surrounding hills. They became the feudal Lords of the Castle of Bebbio and gave their name to the village itself.
They arranged properly the feud of Barco, giving it the characteristic shape of a closed Lombard Court, which exists to this day. This makes “Corte Bebbi” “unique” in the area. Meanwhile in Reggio Emilia, as in many other cities, the “Mont-de-Piété” was founded in order to help poor people.

Many important families enriched it with gifts and donations. The Bebbi Counts endowed the Mont-de-Piété with the Barco Estate (on the pillars in both Courts one can still see, engraved in marble, the Mont’s shield) until the Mont was taken over by the bank Cassa di Risparmio of Reggio Emilia.
In time, the Mont-de-Piété lost all interest in their agricultural estates and decided to sell both Courts, referred to as “Bebbi grande” and “Bebbi piccolo”.

The present owner, Count Morini Mazzoli, descendent of the Bebbi Counts, bought these estates in 1996 and began a restoration with the utmost accuracy and attention to detail and in total respect of the style of the property.
After six years, one can see the excellent result of the restoration of all the buildings, including the farm buildings and the farmhouse itself “Podere Bebbi piccolo” that today belong to the “Corte Bebbi” estate. 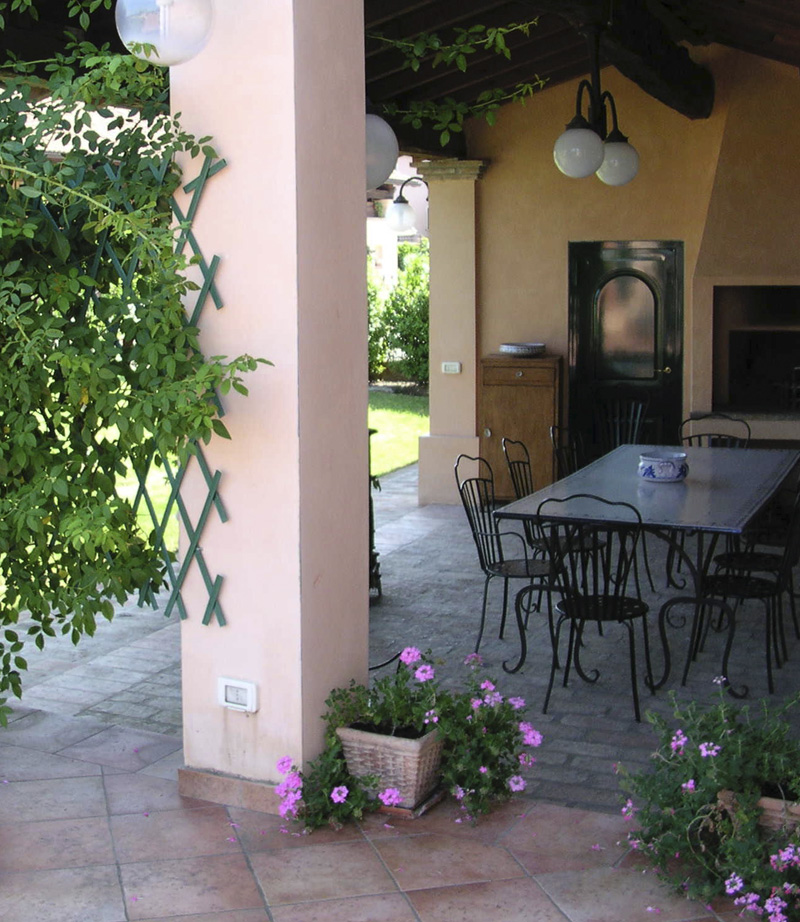